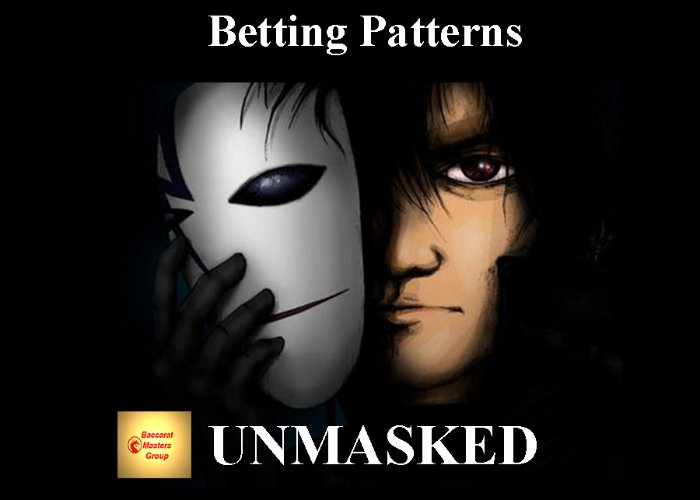 As a baccarat player you may have wondered: “What determines if a BANKER or PLAYER will come up on the next hand? Well, there are a few Natural Laws that help us to arrive at the correct answer. And I won’t keep you waiting to hear what the answer is. The correct answer is CHANCE.

And what is CHANCE exactly? Well, in math and science chance is expressed in terms of PROBABILITY. So, you might ask, what is the chance that Banker will come next, or you could say, what is the “probability” that Banker will come up now? “Specifically, probability is defined as the likelihood of a particular chance event occurring among the total number of equally likely chance events.”

This subject of Probability is of great interest to every professional Baccarat player. Because it helps them to better understand a very important part of the game of baccarat, namely, BET SELECTION.

And it can help you do the same.

So let’s see how you could use this valuable subject to help increase your Baccarat profits.

And we will begin at the beginning. It has been very well established that over a large number of hands that “the Banker's hand will win 45.8% of the time, slightly higher than the Player's hand at 44.6%. Ties win 9.6% of the time. When factoring out the tie, the Banker's hand wins about 51 percent of the time.” So for our purposes here we can just say that a Banker – Player result is very darn close to a 50 – 50.

Now let’s pretend we love Math and dental appointments and calculate the “probability” of a Banker resulting on your next hand of Baccarat. If Banker is the number of particular chance events of interest, then we would say that number is “1.” The total number of equally likely events is “2” because Player is just as likely as Banker. Thus, the probability is ½ or 50 percent.

Ok – that’s good, so now you can ask, “What is the probability of obtaining Banker - Banker if we play the next hand - the second hand? Well, what would you say if I told you there is a NATURAL LAW that will answer that for you? Because there is just such a law.

And this First Law of Probability states that "the result of one chance event has no effect on the results of subsequent chance events." Thus, the probability of seeing another Banker after the first one remains at ½. Even if you saw five Bankers in a row, the odds of another Banker resulting from a sixth-hand remain at ½.

Wow! You say, but there are books and bet-selection “systems” and patterns and 100 YouTube videos that say playing PPB will make me rich. And they are absolutely, 100% right – HALF OF THE TIME AT BEST. Because no set pattern of 2 (B-P) or 3 (PPB) or 4 (PPBB) will ever knock-out all of the LAWS OF PROBABILITY. It is a mathematical impossibility.

Now does that mean you cannot be a consistently profitable Baccarat player – NO it does not. You can be a profitable player. The proof of that is the fact that there are professionals who can and do win at the Baccarat tables. But they are not winning because they are going against the laws of nature. They win because they use The Laws of Probability to their advantage.

For example, The Laws Of Probability do not say you should not or cannot use a bet-selection pattern that you like, or that you have had some success with. Player A likes to play BBP and Player B likes BBPP, that is a simple matter of choice. And it should not be confused with PROBABILITY. Player A does not have a mathematical advantage over Player B, or over the game of Baccarat because of that choice.

CHANCE will dictate that today, in this one shoe, “A” will do better than “B” and THAT IS THE ONLY REASON BBP DID BETTER THAN BBPP TODAY – Chance! Or Lady Luck, as they say.

Leave out the knowledge, skill, practice and experience and The Laws Of Probability step in every time, leaving the vast majority of Baccarat players wishing they never sat down at that table - like all of the players who keep giving the casinos their time and money each year.

You see, PROBABILITY is how casinos get so fat and rich. It’s no secret to them. They know exactly how and why they keep getting richer. You say Banker and the casino says, OK, we will take Player. You say, Player and they say, sure thing, we'll take Banker. We will take that bet!

In a word, they know and use and get rich with THE LAWS OF PROBABILITY IN THEIR FAVOR. They know this little secret as sure as they know that money does not grow on watermelons. And now you know it too.

Grasp it fully and the betting-pattern mystery will be UNMASKED, at last. And you can get on with winning.